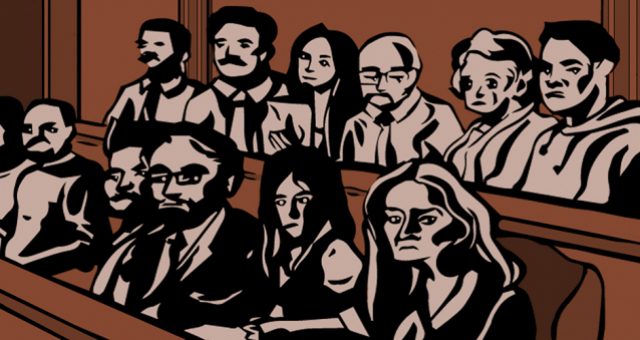 An integral part of our justice system since Magna Carta, the venerable institution of trial by jury has suffered some deep wounds as a result of the global pandemic. Lets hope they aren’t mortal.

It occurred to me recently that none of the younger barristers in our chambers, although masters of Zoom and Microsoft teams, through which most court cases now proceed, have ever experienced the majesty of a jury trial.

One of the first components of our court system to be curtailed at the onset of Covid was the jury trial, (followed, for a short time by an outright ban on all in-person court  proceedings.) It has also been the last to be restored.

it is certainly understandable-  everyone- judges, court staff, lawyers, jurors, and even the accused themselves, have been leery of being confined in closed spaces for long periods of time, so many counsel are thinking twice before opting for a trail by jury, and when they do, it is becoming a real chore to find jurors willing to serve. Then too, conducting a jury trial with the threat of Covid  hanging over the court room adds another layer of uncertainty to the entire process. If anyone in the room tests positive, everyone in the room needs to self -isolate, so the proceeding grind to a halt. A jury can continue with as few as 10 members, if jurors become ill during the trial, but more than that and its a mistrial.

Now the whole vaccination issue has been added to the pile of complexity- Can any participant in  a jury trial demand that the jury be fully vaccinated? The question was first raised  in BC last summer when the Crown running a sex assault case in Powell River, requested permission to poll the jury panel as to their vaccination status, and was denied, on the basis that in was an invasion of the jurors privacy. However, that was before the Delta variant had become a major problem, and before we had eve n heard of Omricon, so when the issue came up again in an Ontario murder trial recently, the presiding judge was quick to declare that no unvaccinated juror would sit in his court. Judges are very much the masters of their own courtrooms, so we can expect to hear more of these sorts of applications in the future.

Lets just hope that our jury system  survives the pandemic intact- it would be a shame to lose it .

“Trial by jury is the palladium of our liberties. I do not know what a palladium is, but I am sure it is a good thing!”  Mark Twain

Previous Article: Why we close early on Christmas Eve Next Article: The legal year that was – 2021 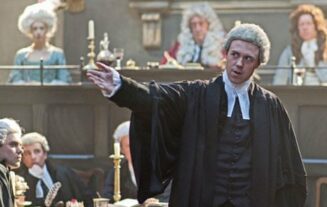