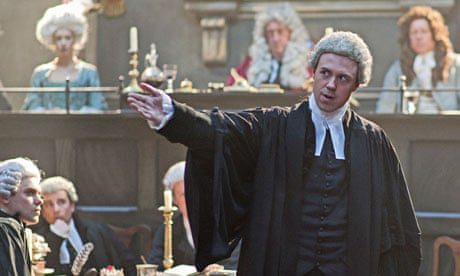 The lawyers in the firm, and in particular the older members of our chambers, would like to apologize to our clients in advance if we seem a little, well, tongue tied, the next time we appear in court on your behalf.

You see, we had an unexpected directive from the Chief Justice this week, informing us that effective immediately, all of the centuries old forms of address we use to address the court and its judges,are abolished, to be replaced by new, gender-neutral salutations, and that all of the time worn phrases that slip so easily from any experienced litigators lips, must no longer be uttered.

Now the language of the courts has long been a rich patois  of  archaic English, Latin and old Norman French, largely incomprehensible to the average person, but revered by the initiated. It has been under constant attack in recent years as legal reformers have valiantly attempted to make legal processes at least somewhat understandable to the general public, so alas,  it has been years since one could use vocabulary such as ” I’m filing a Praecipe to adjourn my writ of Habeus Corpus sine die, —” or  my learned friend seeks to invoke the adjustem generis rule, but the proper principle  is clearly that of noscitur a sociis ” But through it all, judges in the superior courts have always been addressed as  “My Lord or My  Lady” and a barrister’s patter, while in the court room, was always replete with phrases such as “yes, M’lord” or “no, M’lady” or, “as your Lordship pleases–“. Until now!

Its all very sensible and modern, I suppose, and ever so politically correct. The old forms of address really were archaic, and completely out of step with the egalitarianism of Canadian society. Indeed, there is but a single argument that can be raised against the change- it contravenes a convention older than the outlawed forms of address themselves – that you simply cant teach an old dog new tricks, m’lord–er, Justice ! It’s going to be hard, undoing habits of speech that have become engrained over decades. Surely it would have been kinder to have simply grandfathered the more senior members of the bar from the need to learn the new lingo?

Now the Chief’s directive (we must now address him as “Chief Justice, and never as  M’lord) omits any reference to the other inhabitants of the court room – may we still address the court clerk as “Madam Clerk”?  and what about the idiots representing the opposing party? must we still refer to them as ” My learned friends’ even though they are neither?

So please have patience, dear client – we will adapt, and master the new vocabulary- referring to judges of whatever gender henceforth as “Justice” and never, ever, as M’lord or M’lady. We learned how  to wear a mask, and how to operate a QR loaded cell phone so we could eat a meal out, so we can get through this too.

Mind you, Chief Justice, if you really wanted to do something useful, you could abolish the wearing of long black robes with heavy black waistcoats and starched collars in the middle of a summer heat dome! 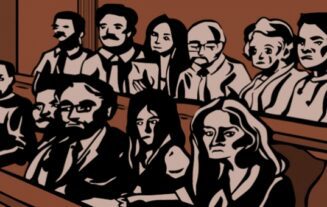